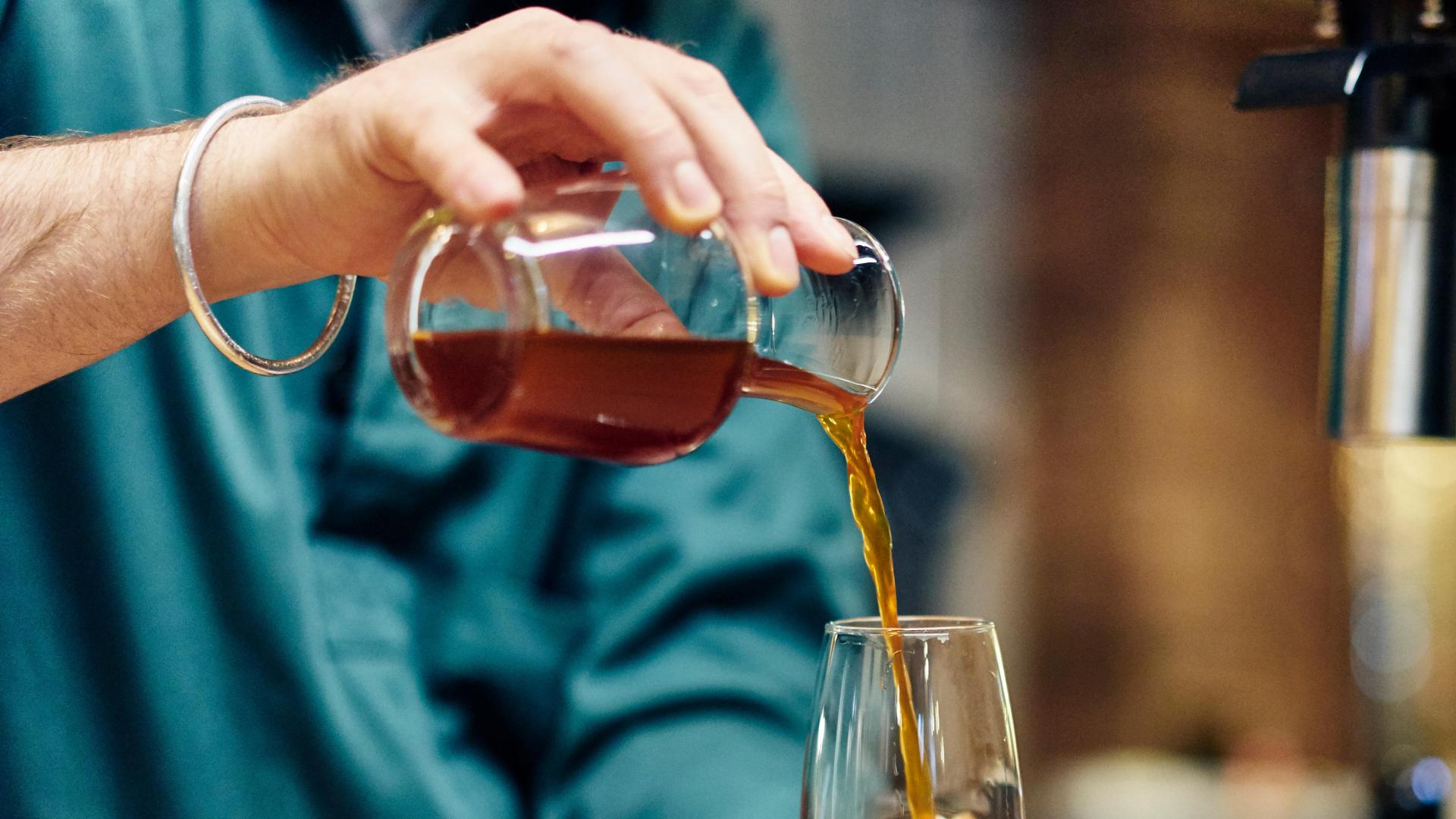 In the early 2000s, few could have predicted the astronomical success that a simple recipe of ground coffee steeped in cold water would have.

Yet today, cold brew coffee is a fixture in specialty cafés the world over, with a global market value of more than $400 million.

At its most basic level, cold brew is coffee that’s extracted using cold or room temperature water over a period of 12 to 24 hours – considerably longer than traditional hot brewing methods.

It’s typically brewed as a concentrate and can be served on ice, with milk, or in ready-to-drink (RTD) containers, such as cans or bottles. Many coffee shops serve it on tap and use it as a base for other drinks, similarly to espresso.

Described as being sweeter and less acidic than its hot-brewed counterparts, it is particularly popular among younger consumers. According to a recent study, almost half of those aged 25 to 39 rated cold brew coffee as either excellent or very good, compared to just 15% for those aged 60 and over.

As a result, a number of the industry’s leading players have taken to offering their own brand of cold brew drinks. Since entering the market in 2015, Starbucks claims that around three-quarters of its total drinks sales are now made up of cold beverages.

“The intersection of cold refreshment and craft coffee is the fastest-growing beverage segment within the $100 billion coffee market.”

The rise of the health-conscious consumer

For many consumers, the convenience and palatable cup profile of cold brew coffee have been key factors behind its soaring popularity over the last few years.

The ability to just pick up a can and go suits the typical on-the-go lifestyles of younger generations, while the sweeter characteristics offer a more “approachable” drink for those new to coffee. The muted acidity, in particular, means that it goes well with the addition of milk and cream.

However, without a doubt one of the biggest draws is its perceived health benefits. Compared to carbonated drinks, cold brew is considered less fattening, while there are suggestions that it could be higher in antioxidants than hot coffee – although there is currently no evidence to support the claim.

This is important for the younger target market, who have repeatedly shown a preference towards more health-conscious ways of living. A study by New Hope, found that 66% of Gen Zs (aged 18-25) and 69% of millennials (aged 25-40) say they think about their health everyday.

“It has allowed coffee brands to participate in the refreshment category,” Lauren says, “and it offers the consumers a healthier alternative to other caffeinated beverages.”

Cold brew is just one component of the cold coffee market, which also includes iced and flash brew coffee. The key difference with cold brew, however, is its potential as a concentrate.

Lauren explains that great tasting coffee concentrates are driving the next phase of evolution in the cold coffee space.

Specifically, she believes that increasing quality will serve to expand the reach of cold brew and related products – but only if innovation is embraced.

“Adoption of dispensing systems and equipment innovation will accelerate as the quality and efficiency of concentrates and pre-formulated coffees improve,” she explains. “Cold brew has paved the way for coffee beverages to be served via tap systems, which are increasingly common in restaurants and workplaces.”

However, she also emphasises that convenience is a more crucial aspect of the coffee experience than ever. The Covid-19 pandemic has changed the way consumers order their beverages.

“A big focus is on increasing the speed of service. Operators are looking for quality ingredients that align with their brand standards and can also reduce labour requirements.”

Cold brew and cold brew-based drinks certainly fit the bill. Because they can be prepared beforehand, there’s far less work to do in between brewing and serving. If companies choose to embrace concentrate-based RTD beverages, things become even easier.

For now, at least, cold brew seems to be here to stay.

“Cold coffee beverages will continue to remain popular,” Lauren concludes. “We believe this will drive further innovation that will play a factor in everything from menu innovation to coffee shop design.”