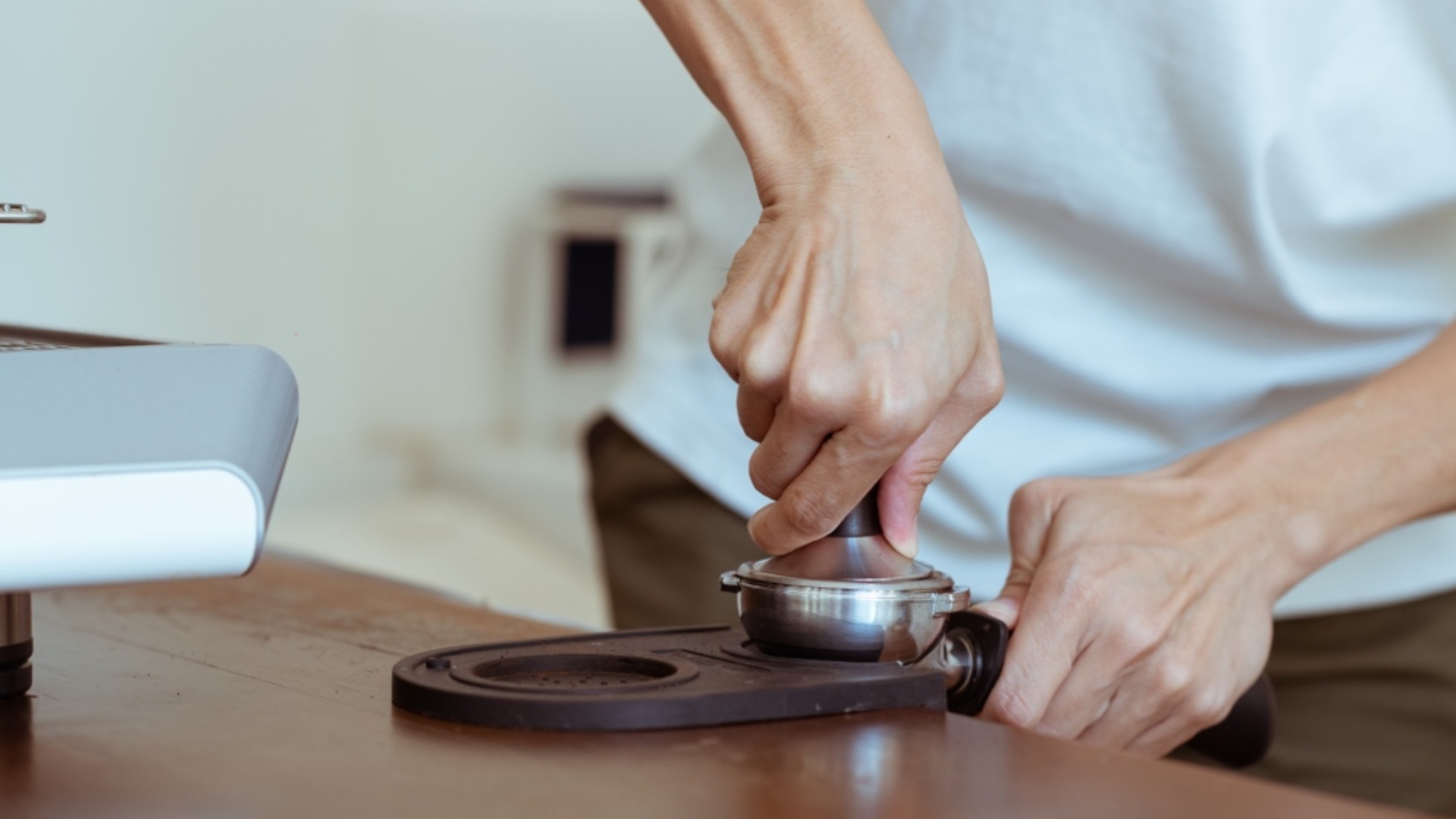 Matt Haw speaks to coffee consultant Richard Barr about repetitive strain injuries among baristas and how café owners can solve them.

Working as a professional barista can be exceptionally rewarding. It is creative, flexible, and sociable, offering day-to-day interaction with customers and an opportunity to share a love of coffee.

In recent years, however, research has repeatedly highlighted the health risks involved in preparing coffee day after day. The most well known among them are repetitive strain injuries.

Repetitive strain injury (RSI) is the general term used to describe the pain felt in muscles, nerves, and tendons caused by repetitive movement and overuse. While it can occur in all parts of the body, for baristas, the condition predominantly affects the arms, hands, neck, and shoulders.

“It’s the stresses that are put on the body,” says Richard Barr, a coffee consultant and business development manager at Muddy Joe’s Coffee Company in Pennsylvania. “Particularly doing things such as tamping, putting group heads in the machine, knocking-out spent pucks, steaming milk, and dosing coffee. Those types of things cause strains on the elbow and wrist.”

One of the leading studies on the physical effects of barista work was carried out by Wilfrid Laurier University. During the study, researchers questioned 59 baristas to establish whether cumulative back and shoulder moments were associated with reported pain. They found that 68% of participants reported experiencing shoulder pain, half of whom attributed it to their job.

Another study, conducted by Alex Bernson for Sprudge in 2013, revealed that 55% of its 457 participants reported having experienced repetitive stress injuries.

The benefits of automation and training

Many in the coffee industry believe that café owners have a responsibility to minimise the risk of RSI to their employees, particularly in places that receive high-volume orders.

An effective way of doing so is by investing in equipment that reduces the physical exertion of the barista.

For example, manual tamping is one of the leading causes of RSI. It affects the wrist, back, and shoulder as a result of the barista’s awkward posture and the considerable force required to push down the tamp. By investing in automatic tampers, however, café owners can instantly remove the risk of RSI from tamping.

Similarly, Richard says that investing in magnetic group heads is a “no-brainer” as they minimise the strain caused by repetitively locking in portafilters. Like tamping, portafilters are linked to injuries due to the awkward “palm-up posture” required to fit them into place.

As well as automation, it is important baristas receive adequate training on how to use the equipment correctly. Indeed, in an article for Barista Technology Australia, director of Melbourne Hand Rehab, Karen Fitt, explains that it is not the repetition that is damaging, but rather performing actions incorrectly over significant periods of time where issues arise.

Richard echoes this idea and suggests that when baristas are unaware of the risks involved in making coffee, it can affect their ability to interact with the people they are serving.

If employees are uncomfortable, he says, it can reflect badly on the café itself. “We have to look at the way baristas are trained to ensure they are not only pulling great shots, but also in the right condition to positively engage with customers.”

How to design coffee bars to reduce RSI

The placement of equipment and the design of coffee bars are also crucial when it comes to reducing the prevalence of RSI.

“What we noticed in a lot of cafés is that equipment is placed in such a way that baristas cannot face it straight on and have their feet aligned with their shoulders,” Richard says.

To combat this, he advises café owners to think carefully about workflow during the initial stages of designing a new coffee bar. This involves working from blueprints and planning the best way to get from point A to point B.

For example, Portland-based Stumptown Coffee Roasters found that being able to work in a relaxed posture in the area between your chest and hips was essential. One way to achieve this might be to design a bar that can be height adjusted to suit the barista using it.

“Steps must continue to be taken to ensure that baristas do not develop long term injuries that will maybe prohibit them from extending or advancing their careers,” Richard says. “It would be of great benefit if manufacturers of equipment would include in their operational instructions the risks that are involved in long-term use.”

He also puts the onus on distributors to communicate similar information to clients. There is, however, no reason for this conversation to remain within the industry.

For example, physiotherapists could be employed in coffee shops to perform worksite assessments and provide suggestions for ways to work safer and avoid injury.

Outside the coffee industry, considerable thought and research has been put into safeguarding office workers from the effects of RSI. Chairs, desks, and computer hardware have all been substantially redesigned to improve ergonomics.

Perhaps, then, it’s about time that the coffee industry got serious about the health and longevity of the people who make the best coffee: the baristas.