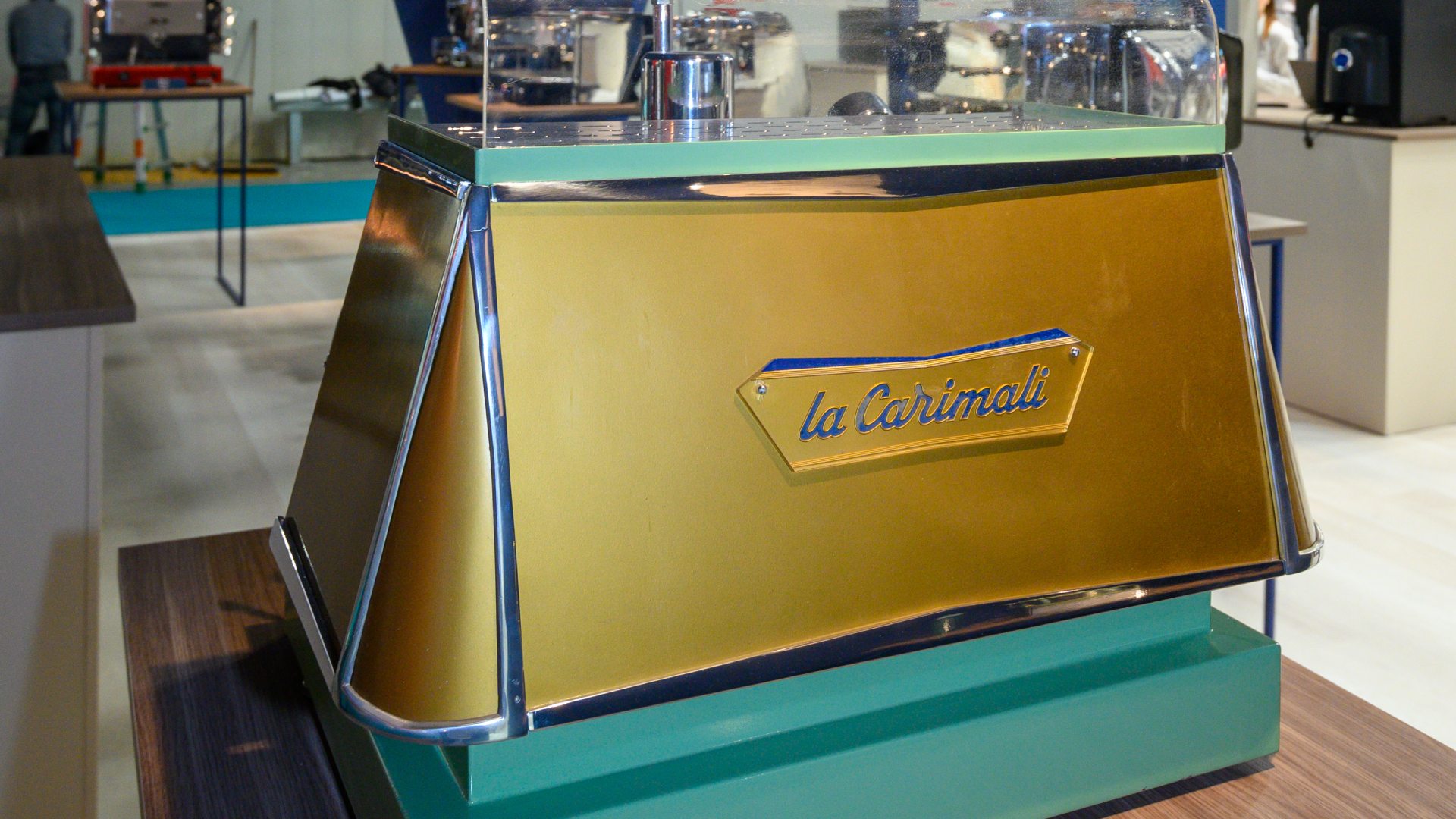 The remarkable evolution of espresso machines

When Angelo Moriondo obtained the registration for Patent No.33/256 in June 1884, he could hardly have foreseen the revolution he had triggered.

The patent certified the design of an innovative model of steam engine intended to improve the extraction of coffee. Moriondo’s design boiled water and forced it through a system of coils. As a result of this high-pressure mechanism, the coffee could reach a vessel or cup significantly quicker than ever before.

Although Moriondo never commercialised his design, it sparked an era of intense coffee machine innovation.

The first person to improve and explore this new coffee machine potential was Luigi Bezzera, an engineer from Milan. Subsequently, he sold the rights to Desiderio Pavoni, who bought the patent in 1903.

Together with Luigi Bezzera, he developed and launched the so-called “caffè espresso” three years later at the Milan Fair.

Building on Moriondo’s basic principles, this coffee was produced with the help of incredibly high steam pressure.

The La Pavoni machine consisted of a vertical cylinder with a brass boiler inside, kept under constant pressure by a gas stove. On the side of the boiler there were groups in which the coffee was placed. To brew coffee, you had to turn a tap. The boiling water and the steam would then pass through the coffee, and extraction took around a minute.

However, the word “espresso” was not yet associated with the now-familiar small, concentrated beverage topped with a layer of crema. Up until the years immediately following the Second World War, such machines were simply brewing small cups of filter coffee at high speed.

According to a paper by Laboratorio Espresso, coffee machine patents peaked in 1912 and 1913, before the majority of engineering efforts were geared towards war.

Nevertheless, this period also saw the development of the portafilter and the automatic coffee machine, both invented by Pier Teresio Arduino.

In 1945, at the end of the Second World War, Angelo Gaggia began production of a very different model of espresso machine: one which worked with a lever system. Although considered by many to be a novelty, this device became the basis of espresso coffee as we know it today.

Furthermore, the characteristics of the extracted drink began to change, too, mainly thanks to two important technical innovations.

First, Gaggia implemented the decrease in the brewing water temperature from 120°C to 90°C. This served to somewhat eliminate the unpleasant bitter aftertaste that characterised coffee of the time.

Second, he introduced an increase in pressure, which reached about nine standard atmospheres. This served to create the wonderful layer of crema that’s helped to make espresso so iconic.

The lever machines also helped define the size of the modern espresso shot. This all came down to the fact that these early machines could hold very little water in their brewing chambers.

Today, lever-operated espresso machines are experiencing something of a resurgence in the specialty coffee movement.

In the 1960s, Gaggia’s piston machine was eventually surpassed by Faema. Although the company had been founded by Carlo Ernesto Valente back in 1945, its success finally came with the revolutionary E61 model.

Invented by Valente in 1961, this machine featured a motorised pump that worked to provide the nine atmospheric bars of pressure needed for brewing espresso. The E61 also incorporated preinfusion: before the pump applied pressure to the coffee, hot water was allowed to remain in contact with the grinds for a few seconds.

The introduction of a heat exchanger was also very important as it facilitated the stabilisation of temperature. Basically, cold water could be run through the pump, thanks to a heat exchange tube which ran through the steam boiler, allowing water to be flash-heated.

With its technical innovations, smaller size, versatility, and streamlined stainless steel design, the E61 was, unsurprisingly, a great success.

The next important step into the evolution of espresso machines was the introduction of the double boiler.

These independent boilers isolated coffee delivery from the production of steam and hot water with saturated groups – thus greatly improving the thermal stability of the machines.

Essentially, one boiler was used for the production of hot water and steam, while the other was dedicated to the preparation of espresso. This made it possible to produce hundreds of coffees a day, while keeping the quality of the drink high and consistent.

In the 1970s and 1980s, machines began to exploit electronic components, becoming more and more compact, ergonomical, and efficient.

Subsequently, it’s no surprise that the ability to adjust parameters like boiler temperature, pressure profiles, and even temperature profiles during extraction define the modern era of espresso machines.

It’s also important to note that the role of the barista evolved alongside all these technical innovations. In 2015, coffee competitor and consultant Matt Perger predicted a future in which the barista will be less of a technical profession, requiring less investment of time and energy in crafting the perfect coffee.

Instead, they will be more focused on the hospitality side of the job, making customers feel welcome and informed about the coffee they’re drinking. An important part of enabling this shift will be perfectly calibrated, super-automatic coffee machines, something brands such as Carimali are already delivering on. Exciting times lay ahead.

The remarkable evolution of espresso machines

Matteo Pavoni is a coffee roaster and barista from Italy. In 2018, he co-founded Peacocks Coffee, through which he roasts coffee and runs courses for aspiring coffee professionals. In 2022, he was crowned Italian Barista Champion.