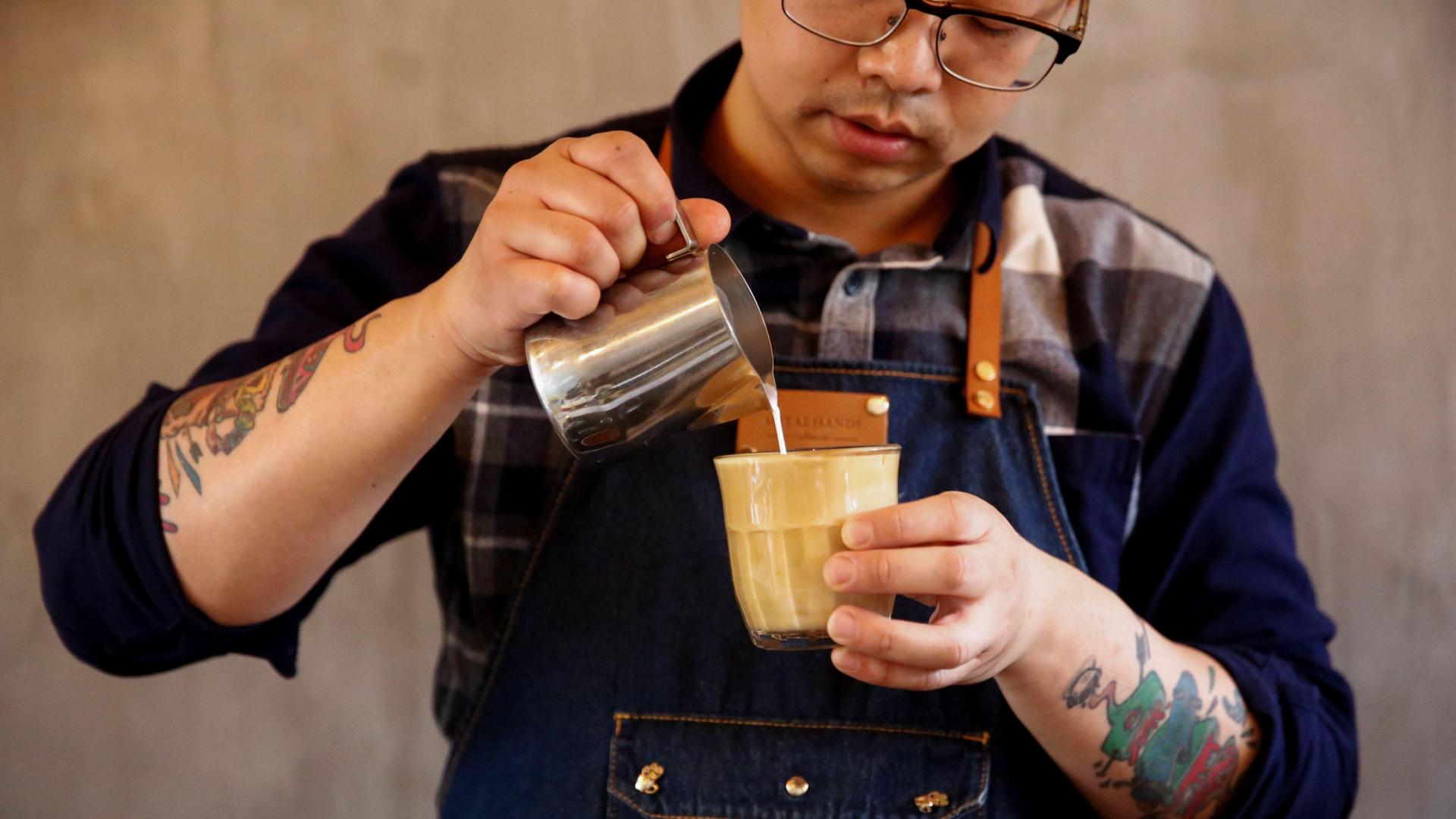 Will oat milk take off in low to middle-income countries?

When Rickard Öste developed oat milk in the 1990s, he was likely unaware of the revolution he had started. His company, Oatly, is now a billion-dollar household name in the West, and oat milk has quickly become the plant-based alternative of choice.

Sales of the popular, non-dairy substitute almost doubled between 2019 and 2020. And, it’s not only vegans who are driving its popularity – people drink oat and other plant-based milks for a variety of reasons.

In the US, the consumption of cow’s milk has reduced drastically over growing health concerns. Furthermore, dairy has a larger carbon footprint in terms of water and land, as well as greenhouse gas emissions.

Additionally, an estimated 68% of the global population is lactose intolerant. Alongside lactose-free milks, plant-based alternatives offer a wider variety of flavours and textures.

The quality of these have only improved in recent years thanks to advances in milk frothing technology – such as Heylo’s milk module – that regulates the temperature of milks and doesn’t add any extra water. This has helped contribute to a surge in the availability of alt-milks in coffee shops around the world.

For roasters and café owners, it has become essential to offer plant-based milk alternatives. If they are not available, these establishments risk losing a large chunk of their customer base.

The growing popularity of oat milk

While soy milk was the original alternative, joining the mainstream coffee scene in the 2000s, oat milk is most common on coffee shop menus. Compared to soy and almond, oat milk is cheaper to produce and side steps ‌nut allergies.

The number of oat milk brands has grown in the last decade, however, this isn’t exclusive to the West. Notably, in 2020, Asia-Pacific held the largest revenue share of the alt-milk globally.

Joseph is chief roaster at Monkey Co Coffee Roasters in Cebu, Philippines, and has noted that local supermarket shelves have seen an increase in alt-milk brands over the last two years. Initially, they were imported brands in warehouse stores.

“This year, a couple of local distributors are bringing them in,” says Joseph, who also owns a coffee shop in the US. “This signals an increase in usage and demand.”

Notably, in low- to middle-income countries, health is a big factor in turning to oat milk and other alternatives. Benavides feels reduced physical exercise has made people more health-conscious, while global lockdowns during the Covid-19 pandemic led to a rise in coffee consumption.

Lactose intolerance also has a huge impact, as the condition is more prevalent in certain ethnicities and regions. For instance, around 90 to 100% of people living in East Asia have issues with lactose absorption. A country like Vietnam will have at least 40 times more people suffering from this than a European nation such as Denmark.

This has seen oat milk become more common in large coffee chains, and to a smaller extent, local cafés in developing countries. However, this growth is still in its infancy as accessibility and affordability are looming problems.

High-street coffee chains are typically located in larger cities, which limits availability. Furthermore, 9% of the global population lives in extreme poverty, and this group is heavily concentrated in Africa, Asia Pacific and Latin America – home to the world’s developing countries.

For millions, cow’s milk can be costly, and the current price of plant-based alternatives isn’t on par with dairy. Until it is, cost will be a massive challenge in bringing oat milk to developing countries.

Additionally, there is a lack of importers, as well as the usual challenges associated with perishable imports, such as safety and freshness. While small-scale local businesses are producing their own, these are not dedicated barista milks designed for coffee profiles.

What does the future hold for oat milk?

Given the preference of some of his consumers, Joseph believes oat milk is currently behind dairy, soy, almond, and macadamia milk in the Philippines.

He also feels that oat milk’s biggest advantage over others is the flavour. “From a coffee perspective, it is more neutral compared to other alternative milk options,” he says. “Most people try it at least once before moving back to cheaper options.”

That is the key to driving oat milk’s growth in a sustainable, affordable, and accessible manner in developing countries.

With the rise of veganism, more brands are going to appear in these local and international markets. Combined with growing consumer demand, this may lead to reduced costs for oat milk.

The responsibility also lies with coffee shops, as the surcharge on milk alternatives has been well-documented. Many have dropped the added cost on oat and other milks, including some UK-based Starbucks stores. However, this is primarily in developed countries in the West.

Efforts to globalise this move are needed, and maybe stories like actors glueing themselves to coffee counters would help spread the word. One thing is for certain: Öste’s invention will continue to help the coffee industry evolve as it caters to an ever-wider range of tastes and preferences.

It all started with Oatly in the West, but with local manufacturers in the developing world aiming to be the Oatly of their country, things are starting to come full-circle.

Will oat milk take off in low to middle-income countries?