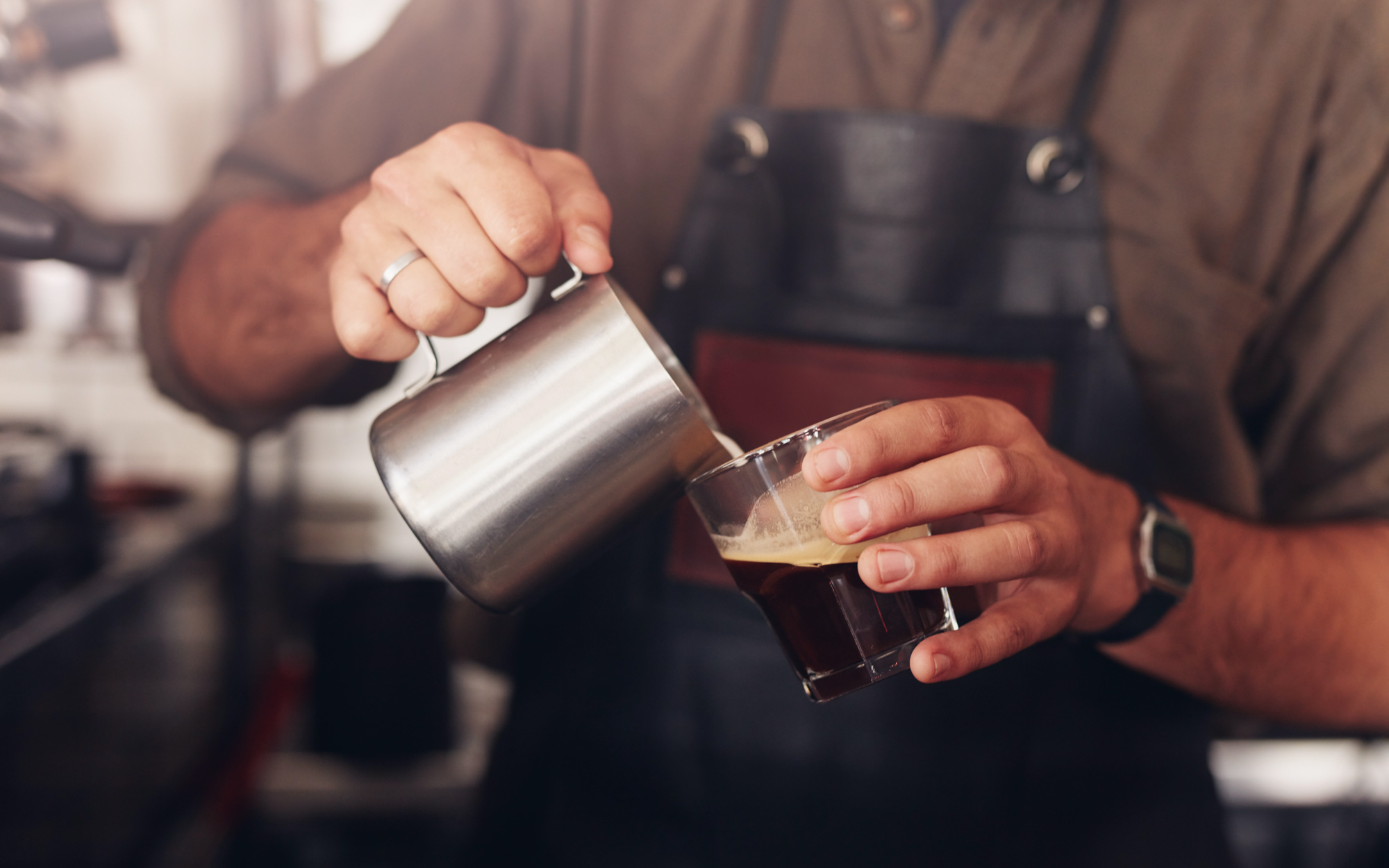 Will automation change the role of the barista for good?

Automation will spell the end of baristas – or will it? Jenna Gottlieb chats with Demian Estevez of Mojo Coffee House in New Orleans about the myths around automatic coffee equipment and their impact on the labour market.

Automation might seem like a new concept. But, in the coffee industry, it’s been around for decades.

In fact, since the development of the very first espresso machines around the turn of the 20th century, innovators have been striving to make them easier to use while maintaining a focus on brew quality.

According to a recent UCC Coffee report, the global automation market is forecast to grow by as much as 30% by 2025. The phenomenon is well underway in the coffee industry, driven by the constant desire for consistency and speed when brewing high-quality coffee.

During this time, baristas have continued to play a crucial role, not only in ensuring the machines churn out high-quality coffee, but also in engaging with the customers directly.

However, while most agree that automation can save businesses time and money, some are concerned that, as superautomatic machines become increasingly sophisticated, it could ultimately make baristas redundant.

Rising energy costs and soaring inflation have only added to fears, as coffee businesses struggle to stay afloat amid falling profit margins. But are people right to be worried?

The merits of automation

Few could deny the benefits of automation.

For example, precise dosing and repeatable consistency can reduce coffee shops’ organic waste and supply costs. They can reduce the risk of injuries in the workplace and ease the pressure on existing staff.

Not only is this a financial boon to the business, but while labour shortages continue to plague the coffee sector, it could keep some businesses afloat.

Demian Estevez is the owner of Mojo Coffee House, a chain of coffee shops in New Orleans, Louisiana, US. He says that there’s certainly a place for automation in the coffee industry.

“Machines can follow the recipe consistently over and over again,” Demian explains. “There is no waste, no time-lapse, and no failure in anything.”

And, depending on location, speed may be a top priority. For instance, service stations and airports are expected to serve customers quickly around the clock, whereas specialty coffee shops experience “rushes” in waves throughout the day.

“You will see automation more in corporate settings and less in local coffee shops, where the importance of human connection will always be important,” he adds.

According to World Coffee Portal, petrol and service stations (62%) are the most frequently visited outlets for self-serve coffee, followed by convenience stores (39%) and supermarkets (35%).

Furthermore, according to an analysis from World Coffee Portal, roughly one-third of UK consumers surveyed reported being open to a fully automated coffee shop experience with no human interaction.

With self-serve coffee, customers aren’t expecting any human interaction, in any case. Modern superautomatic espresso machines like the Carimali SilverAce Plus can brew up to 200 cups of coffee a day.

Even where baristas are still considered indispensable, automation can free up time for them to concentrate on customer engagement and service, which is an essential part of the specialty coffee shop experience.

“It allows baristas more time to talk to the customers and puts the focus on the beans and the farms that shops are working with,” Demian notes.

How can baristas leverage the tech?

For Demian, automation is a tool that can transform the role of the barista for the better. Baristas are often overworked and subsequently suffer from burnout and repetitive strain injuries.

As a result, groups of baristas are beginning to stand up for their rights around the world.

“It could move [the barista role] from being more of a craft industry to more of a service industry,” he explains. “Less work will need to be done behind the bar and more focus will be on customers.”

Many superautomatic machines are also capable of providing baristas with telemetry, helping them to perfect their brewing. In fact, some Carimali machines are equipped with numerous sensors that provide feedback to the user via the CARIcare system.

“Baristas [who use automation] won’t have to go through as much training, which can be costly,” Demian adds.

When a coffee business saves more, it’s more likely to pay its employees well. Furthermore, the success of the business can empower baristas to grow professionally.

It’s also important to draw a distinction between superautomatics and “smart” coffee machines that are more akin to traditional setups. Heylo Coffee, for example, has a range of digital features that rely on the barista, but aid workflow.

However, Demian believes that, ultimately, consumers will continue to value baristas for their indispensable role in the industry, regardless of how much their input contributes to the final cup.

“Baristas are the heartbeat of our communities, and it’s not always the coffee people come for,” he continues. “They’re always in the know about what is going on in our community, since they interact with so much of it on a daily basis.”

For now, at least, he feels that an automated coffee brewing process simply cannot match the value of a human connection. Instead, it’s up to businesses and baristas to embrace automation to drive the sector forward.

Will automation change the role of the barista for good?