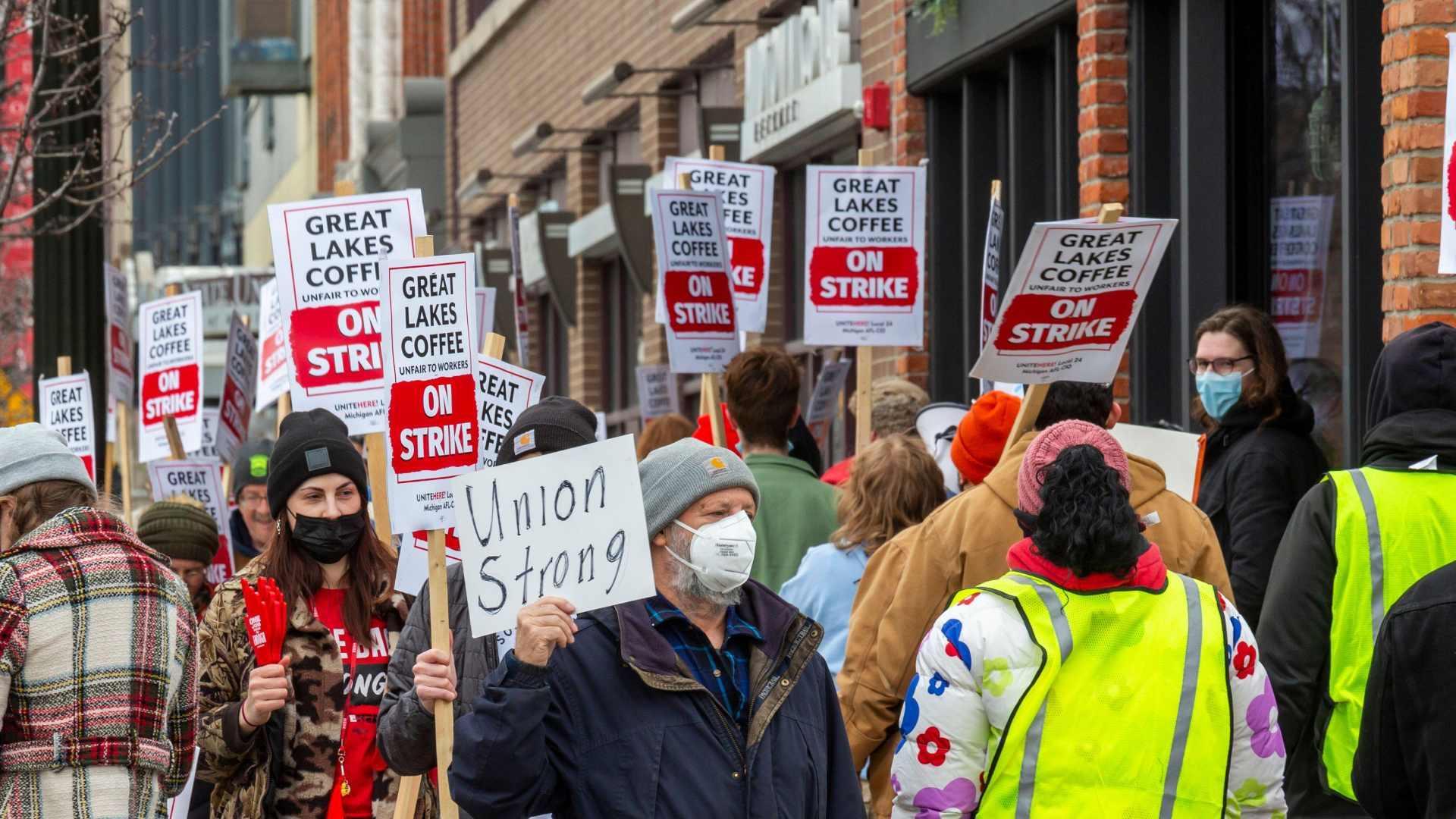 Why are baristas starting to unionise?

As barista unions gain momentum in the US, Jenna Gottlieb explores the movement and what it means for the future of the coffee industry.

“As Starbucks Workers United, we are organising a union to bring out the best in all of us,” the group’s website reads. “Our organising committee includes Starbucks partners from across the United States.

“Many of us have invested years of our lives at Starbucks, while others have recently become partners. We all have one thing in common – we want the company to succeed, and we want our work lives to be the best they can be.”

Calls for barista unions didn’t begin with Starbucks. In 2018, Workers United helped the baristas of Gimme! Coffee in New York to start their own union. The same year, baristas at Michigan-based Mighty Good Coffee filed for a union election.

However, Starbucks size and public image means that the drum of unionisation has started to beat louder. But what’s fuelling it?

What are barista unions?

A union is an organisation of workers who uses its collective power to obtain fairer terms for members.

Workers in a union usually have a contract, also known as a collective bargaining agreement, which is negotiated between workers and management. The contract stipulates pay, benefits, policies, and working conditions at the company. Before the contract goes into effect, workers must vote on it.

A union can be attractive to baristas as collective bargaining often leads to various improvements, including greater income security and better safety regulations. The latter has become particularly important recently because, in customer-facing roles, baristas were essentially on the “front-line” during the Covid-19 pandemic.

Although Starbucks has grabbed the headlines, a number of other coffee brands in the US are organised into unions, including Stone Creek Coffee in Milwaukee, Wisconsin and SPoT Coffee in upstate New York.

Yet while barista unions have received widespread praise from several corners of the coffee industry, not all have been onside.

For example, after the first Buffalo, New York store voted to unionise, Starbucks’ corporate office pushed back, stressing the importance of “one Starbucks” instead of individual shops unionising. A statement was put out by Rossann Williams, the executive vice president, president of North America Starbucks, in which she said:

“From the beginning, we’ve been clear in our belief that we do not want a union between us as partners, and that conviction has not changed. However, we have also said that we respect the legal process.

“This means we will bargain in good faith with the union that represents partners in the one Buffalo store that voted in favour of union representation. Our hope is that union representatives also come to the table with mutual good faith, respect and positive intent.”

Will we see more barista unions in the future?

The momentum around barista unions is undoubtedly building. More and more workers are calling for the right to negotiate contracts, and to have a say on everything from wages and benefits to seniority rights and protection from unfair dismissal.

But it’s not just the coffee industry where this is happening. Calls for greater collective bargaining power are taking place across a number of sectors.

The most notable example over the last 12 months is ecommerce giant Amazon. In April 2021, after a hard-fought legal case, workers in Staten Island founded the Amazon Labor Union.

The union was formed by a group of concerned workers, including a process assistant at JFK8 in Staten Island who was fired by Amazon management for organising protests over Amazon’s unsafe Covid-19 protocols. The union succeeded in filing an election petition and has started the bargaining process for newly-unionised workers at the Staten Island location.

Although the national union membership in the US is at just 10.3%, sympathies around unionisation are growing. According to a recent Gallup poll, 68% of Americans approve of labour unions, the highest percentage since 1965.

This speaks of a wider context, in which people are starting to reflect more on their working conditions and take decisive action to change them. In a recent article, Cass Gualvez, a Service Employees International Union organising director, claimed that the pandemic in particular has made it more of a focal point for workers.

“We’ve spoken to workers who said, ‘I was dead set against a union five years ago, but Covid-19 has changed that’,” Cass told NPR in September.

In the coffee industry, seeing the emergence of barista unions can inspire other workers who doubted that unionising was possible. As more and more coffee shops vote to unionise, other baristas will likely take note and spearhead their own campaigns.

Whether this is the best course of action is still up for debate. However, there’s no doubt that putting workers’ rights at the forefront of the coffee industry and encouraging employers to look after the wellbeing of their staff has the potential to benefit all.

Why are baristas starting to unionise?