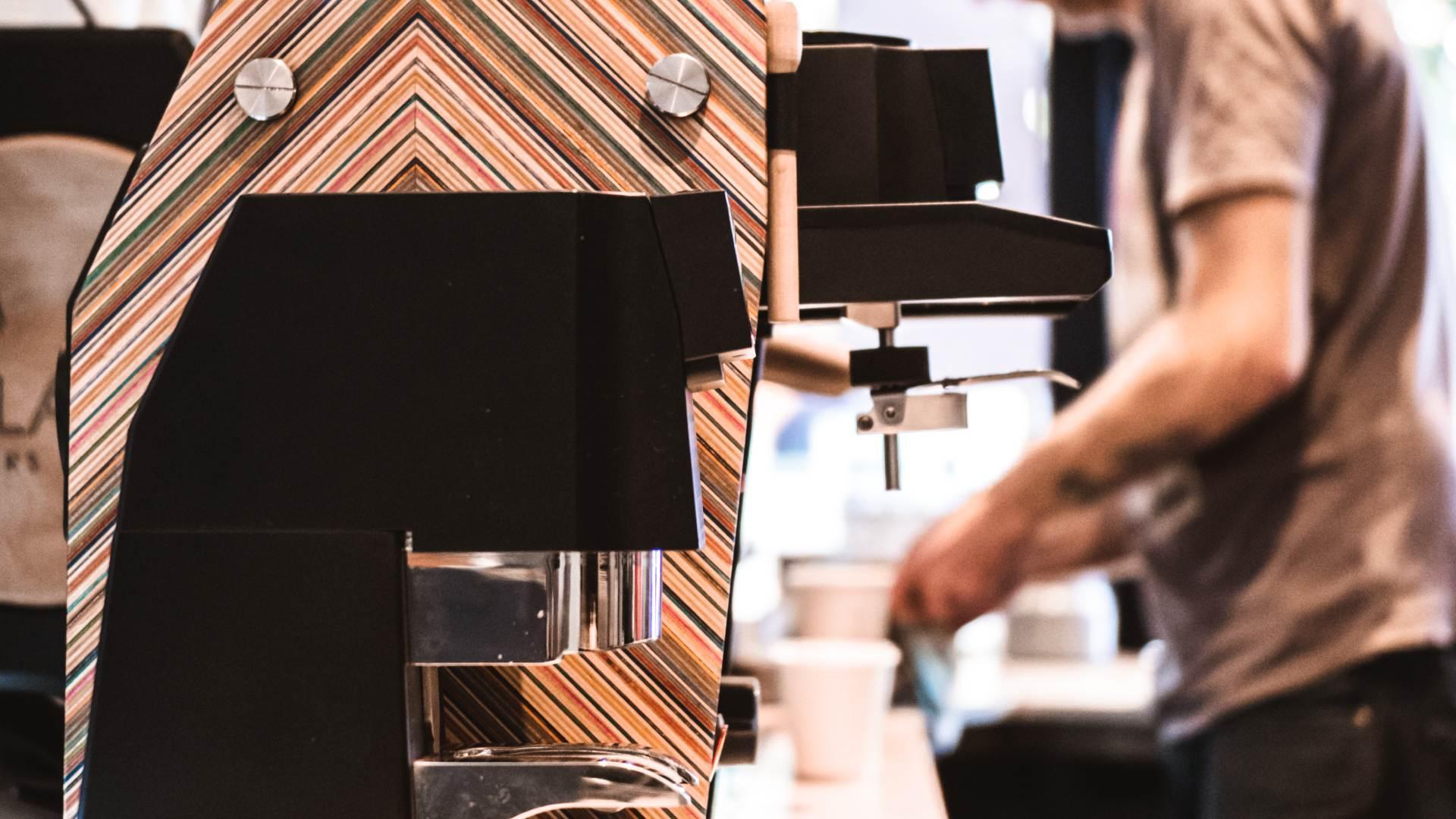 Coffee consultant and 2018 World Barista Champion, Agnieszka Rojewska, offers her predictions on how humans and tech will coexist in the hospitality industry of the future.

From supermarket self-checkouts to disinfecting robots, automation is a significant and, often, crucial aspect of day-to-day life.

It can help speed up processes, cut down costs, raise output, and improve consistency. According to recent data by the McKinsey Institute, automating different tasks has the potential to raise productivity growth to 1.4% annually.

In the coffee industry, automation can be found across the entire supply chain. However, one of the areas in which it has had the most noticeable impact is in brewing.

As pressure grows on businesses to serve customers efficiently and consistently in fast-paced environments, many of the traditional espresso machines have given way to a new generation of fully automatic coffee equipment.

Delivering high-quality, precision made coffee at the touch of a button, they cater to a range of tastes while allowing staff to focus on engaging with customers.

The impact of Covid-19 and the emphasis it placed on hygiene has only quickened the transition to fully automatic machines, with one third of UK consumers saying they would be open to a fully automated coffee shop experience.

But does it mean the coffee industry is looking at a fully automated future?

What is fully automatic coffee equipment?

While traditional espresso machines require a barista’s input for every step of the coffee-making process, fully automatic machines produce a complete cup of coffee with minimal input. This is often called a “bean-to-cup” machine.

In these machines, every aspect of the coffee-making process is automated, including grinding, dosing, tamping, extraction, and milk steaming.

Each machine can be programmed with a set of recipes in order to faithfully replicate any popular barista-made drink, from americanos and flat whites to caramel lattes with an extra shot.

Once the preserve of convenience stores and service stations, fully automatic machines are being increasingly welcomed into the specialty coffee industry. They have become particularly popular among consistency-focused commercial operators.

Fully automatic machines are particularly useful in high-volume, fast-paced environments, where convenience is the priority. For example, a coffee shop located on a busy rush hour route. They also level-up the possibility for self-serve coffee machines, making them a particular hit in conferencing centres and educational settings.

During Covid-19, they also helped dampen the labour shortage blow, of which the hospitality industry was particularly affected. In November last year, it was reported that a quarter of UK hospitality businesses had reduced hours or closed venues for lack of staff.

Complementing the skills of the barista

Agnieszka Rojewska has enjoyed a highly successful career off the back of her coffee brewing talents.

In addition to winning the World Barista Championship in 2018, she is three-time Polish Coffee Champion and four-time Polish Latte Art Champion.

However, rather than feel intimidated by automation in the coffee industry, she sees it as a positive – and believes it can fill in where there may be a lack of training.

“Humans are often the weakest part of making coffee,” she says. “There is a lot of staff rotation in cafés and baristas are not always properly trained. I think fully automatic machines will grow in popularity because while they can replace the hand of the barista in some cases, it doesn’t mean that the barista isn’t needed at all.”

Instead, she believes the role of the barista will evolve in line with the technology. For example, by freeing up the time involved in preparing coffee, baristas will have more opportunity to communicate and engage with customers.

They will be able to share information about everything from varieties to processing methods, which could help spread a passion for specialty coffee.

Another notable benefit of automation is consistency. When customers visit a coffee shop, they expect the same experience each and every time. Yet, if the skill set of the baristas differs, it can disrupt the coffee shop’s ability to achieve long term consistency.

“I don’t have favourite brands or models of coffee machines,” Agnieszka says. “For me, it’s much more important to have equipment that enables replicability and control over all the variables. And, of course, it needs to be reliable.”

Will the coffee industry become fully automated in the future?

Most in the coffee industry agree that increased automation at all stages of the supply chain is undeniable. Indeed, according to a recent UCC Coffee report, the global automation market is forecast to grow by as much as 30% by 2025.

For businesses, the benefits automatic coffee equipment offer means they could lose their competitive edge if they decided to go without. This includes everything from lower costs to the ability to cater to higher footfall. With the effects of Covid-19 lingering, it could also help alleviate fears over hygiene and social distancing.

But there are conditions. Businesses that adopt fully automatic machines must see the hands-off approach to brewing coffee as a chance to invest in alternative training as opposed to skipping it altogether. For example, they should ensure their staff understand how to effectively engage with customers.

However, while it’s clear automation in coffee preparation is here to stay, so too are the manual methods. As Agnieszka points out coffee competitions are, as yet, showing no signs of embracing fully automatic machines.

“The whole competition would need to change how it works, and what the barista’s tasks are.” So, it seems a long way down the line before the physical skill of the barista is completely lost.

Jess is a UK-based writer with expertise in specialty coffee, hospitality, and sustainability. She has spent time working as a barista, trainer, and account manager, before making the jump to become a full-time writer.