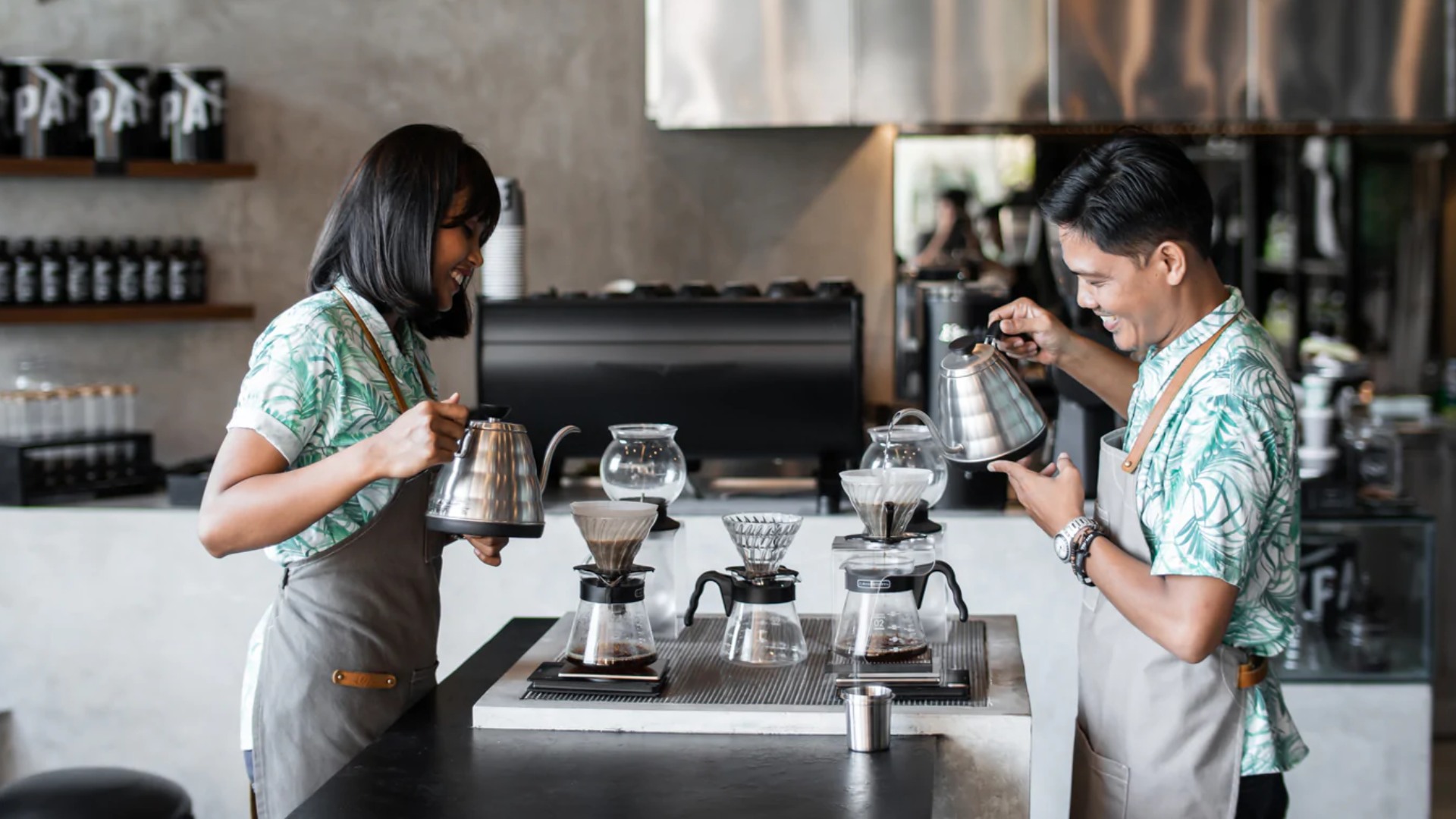 Will single-origin blends take over the specialty coffee industry?

Matt Haw speaks with the founder and CEO of Expat Roasters, Shae Macnamara, about the virtues of blending multi-processed coffees from the same region.

The art of blending coffees is nothing new.

First introduced in the early 1900s, it was favoured for its ability to enhance the characteristics of different coffees, leading to higher complexity and consistency in the cup. It was also seen as an effective way to cut down costs, as it helped “mask” the defects in lower-quality coffees.

However, as the specialty movement developed in the 1990s, blends began to fall at the wayside. They were replaced by the now ubiquitous “single origin” coffees – coffee beans typically sourced from no more than one farm or estate and processed under the same conditions.

Considered to have a more distinctive cup profile than blends, single origin coffees complemented the specialty movement’s focus on the “story” behind each coffee, from its terroir to the way in which it was processed. Specifically, it placed the emphasis more on the skill of the producer than the roaster.

Now, as the popularity of blends witnesses a resurgence at a competition level, a new trend has emerged: single-origin blends.

Although it may sound like an oxymoron, single-origin blends are loosely defined as a blend of coffees from the same region that have undergone different processing methods.

At the forefront of this evolution is CEO of Expat Roasters in Bali, Indonesia, Shae Macnamara. “Blending coffee is quite a thing for me,” he says. “When I started Expat, we asked ourselves how we could push boundaries while keeping up with international trends in specialty coffee.”

In 2017, Shae created a single-origin blend comprising natural and washed processed beans of the Sigarar Utang variety from a single estate in West Java. The coffee achieved the highest sensory score across a number of coffee competitions in Indonesia.

“Not only did we win that year, but we were the only competitors to use a blend,” Shae says. “Everyone thought we were a bit mad.”

“It’s about getting the best in the cup”

Since 2017, a number of coffee roasters around the world have launched their single-origin blends.

This year, three-time Italian barista champion and owner of Ditta Artigianale, Francesco Sanapo, released his ONE Espresso Process Blend. Described as bringing “complexity and defined taste notes to the cup”, it is made by blending four individually processed coffees – natural, washed, anaerobic semi-anaerobic – from the same region in Honduras.

During his 25 years working in the coffee industry, Shae has seen trends come and go. However, he believes the interest in single-origin blends is driven by a simple imperative.

“For me, it’s about getting the best in the cup,” he says.

As we speak, he drinks a single origin coffee and notes it lacks sweetness. “You know, if it had a small percentage of a light natural in there, it would add that sweetness back in.”

Single origin coffees set themselves apart from blends by highlighting the distinct and unusual flavours running through them. Expat, however, has found some coffees have beautiful flavours, but lack body and roundness – or didn’t have the right kind of acidity.

“I loved the natural that was used in the 2017 Brewers Cup final,” Shae says, “but it was missing something. We had a sample of the same coffee, but washed. So, we blended them and it provided the balance it was missing as a single origin.”

Expat has a unique selling point as it blends different processing methods, as well as different roast profiles of the same coffee.

It does this in a controlled way by blending after roasting. “Sometimes it is done at the bar just before grinding to highlight certain aspects through another coffee,” Shae explains.

A growing number of specialty cafés and roasters have seen success with limited edition blends, particularly around the holidays. This creates opportunities for promotion and enables roasters and café owners to capitalise on brand consistency, which is normally reserved for commodity coffee and international franchises.

Expat has seen success on this front too, providing omni-roasted blends so customers can brew at home using filter or espresso grinds.

Shae also highlights the cost-saving factor of blending single origin coffees. “The coffees we used in the 2017 competition were not expensive,” he says. “They were maybe $12 to $15 per kilogram, and we were up against competitors with Gesha’s costing more than $100 per kilogram.”

He and his team have shown that incredible results can be achieved by blending single origin coffees, both at a competition level and for everyday consumers. But with all the benefits and opportunities that blends offer, does this mark the end of an era for single origin coffees?

Shae doesn’t think so. “If a single origin works, great – the farmer has achieved something amazing! My thoughts are that old-style coffee was almost all blended, so why can’t we do that, but better?”

Will single-origin blends take over the specialty coffee industry?