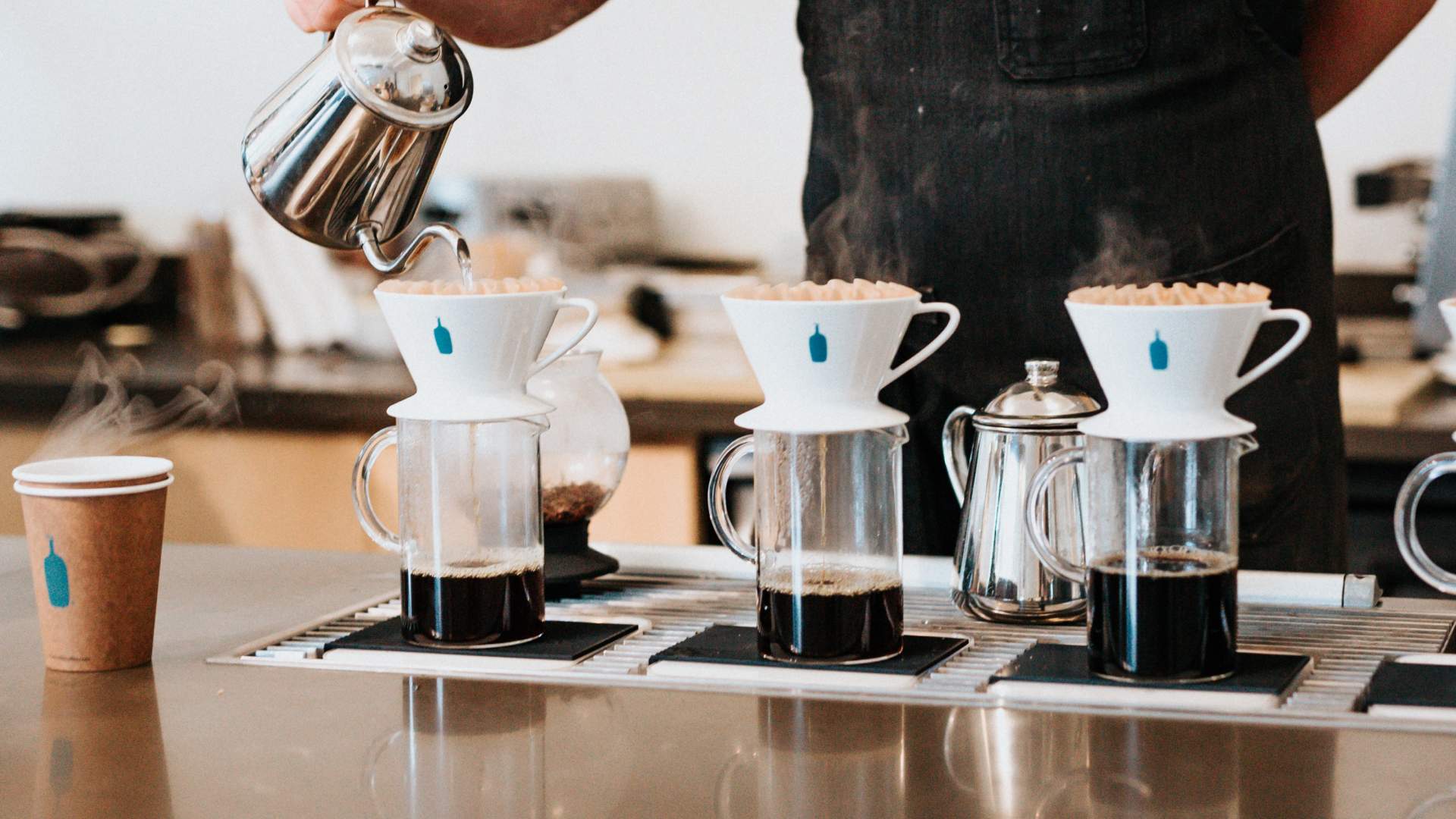 Twenty years on: How Blue Bottle Coffee captured the hearts & minds of consumers

From single coffee cart to global behemoth, Blue Bottle Coffee’s journey has been one of twists and turns, with one constant: the ability to capture the imagination of the specialty coffee community.

To have recognised the name “Blue Bottle Coffee” two decades ago, you probably would have had to live in the Bay Area of California. Even then, it would have required stumbling across a small coffee cart at the Berkeley farmer’s market run by a young man called James Freeman.

Yet today, Blue Bottle is one of the most recognisable specialty coffee companies in the industry, with more than 100 stores across the world, including the US, Japan, South Korea, and Hong Kong.

Despite its humble beginnings, it has witnessed impressive growth and established a reputation as a brand that delivers on its promises of quality and freshness. It has driven trends, such as cold brew and iced coffee, while bringing Japanese kissaten culture into the limelight.

Its value to customers and the wider coffee community was publicly acknowledged in 2017 when Swiss food giant Nestlé acquired a majority share. It reportedly valued the company at more than $700 million.

But how did Blue Bottle get to where it is today? And how has it managed to maintain quality along the way?

A commitment to quality

Popular chains such as Starbucks leaned towards dark-roasted coffee, while questions of terroir, acidity, and traceability were largely ignored.

This, according to Freeman, made it easier to establish a foothold in the market. “There weren’t a lot of people executing coffee that well when I started,” he commented in a 2016 interview, “so it wasn’t that hard to be better in certain ways.”

One of the key pillars from the beginning was a focus on freshness – and it’s something they have committed to over the years.

The concept was first introduced by the founder of Peet’s Coffee, Alfred Peet, back in the 1960s, when he said that coffee businesses should strive to minimise the distance between the roaster and the customer.

Taking this at face value, Blue Bottle has always ensured that wherever it places a coffee shop, there is a roastery nearby with which to supply it. It claims that all coffees sold across its stores are no more than two weeks old, and it has fended off franchising in order to keep it that way.

“We are constantly tasting for freshness,” explained Charlie Habegger, Blue Bottle’s green coffee buyer, in a company blog post. “Each month we audit our entire inventory, blind-cupping a sample roast of each coffee to assess its fidelity to the original quality.

“Over time, we gain a good understanding of what coffees are the best investment in terms of shelf life; that is, which coffees are the most resilient to time and which the least.”

When you step into a coffee shop that has an Elektra espresso machine, it contributes unquantifiably to the sensory experience of consuming coffee. The attention to detail and eye-catching design can elevate the customer experience in a way that other machines could never do.

For Blue Bottle, exquisite and carefully considered coffee shop design has been essential to building the brand. Its stores adopt a bright, minimalist interior, and it invests considerably in attention-grabbing tools and equipment.

Perhaps the best example of where design has played a part in the company’s success is its famous San Francisco syphon bar. Using a series of brass-rimmed, halogen heating elements imported from Japan, the syphon bar is akin to a tourist attraction, while also being capable of producing a high-quality cup of coffee.

“[Blue Bottle] builds beautiful cafes,” said 2007 WBC champion and YouTuber, James Hoffmann, in a video on his channel. “Walking into any one of them, it’s clearly an expression of someone’s aesthetic. It resonates strongly with a lot of people.

“That’s incredibly impressive and, I think, underestimated in value by the rest of specialty coffee. They evoked the stereotypical Japanese obsession with craft.”

However, exquisite design alone is not enough. Blue Bottle’s true secret is a simple one: consistency. Whether welcoming customers, explaining the story behind the coffee, or planning a new location, their consistent approach has helped them stay ahead in a fiercely competitive market. Here’s to 20 years.

Twenty years on: How Blue Bottle Coffee captured the hearts & minds of consumers