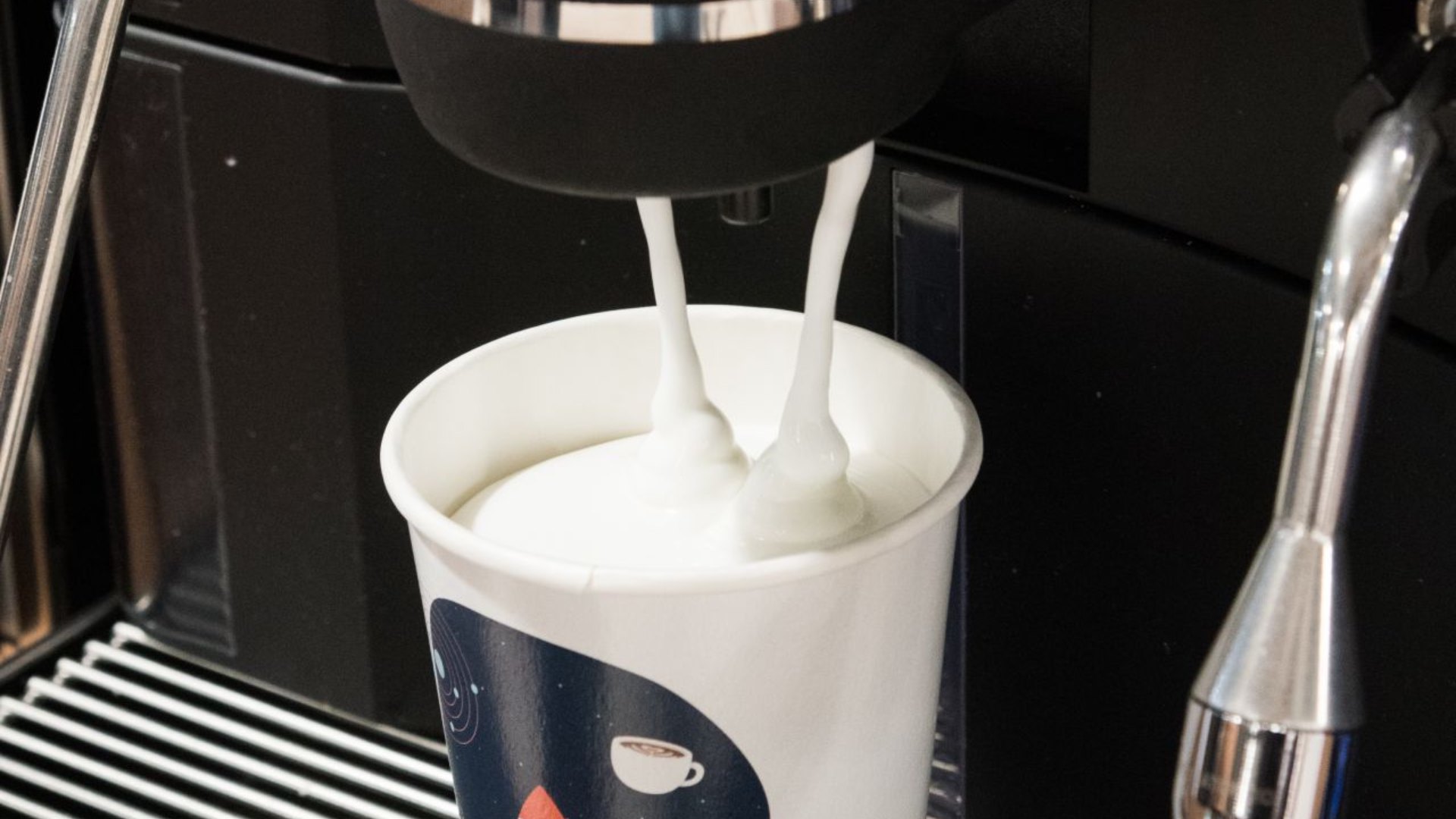 The science behind cold frothed milk

Tanya Nanetti speaks with Alessandro Ceriani of Carimali and Jaime Gamoneda of Heylo Coffee about the growing demand for cold milk foam and the innovative technology used to create it.

One of the first things you learn as a barista is the art of steaming milk.

An essential aspect of many espresso-based drinks, including macchiatos, cappuccinos, and flat whites, its purpose is to not only complement the coffee’s characteristics, but also add mouthfeel, body, and sweetness to the cup.

The key to perfect steamed milk is stability. Stability is created when a combination of air and heat from the steam wand breaks the surface of the milk, injecting it with air bubbles and unwinding its proteins.

When done correctly, this creates a stiff and stable “microfoam” that holds its form several minutes after pouring. And although there are a number of variables that can influence the quality of the microfoam, such as the coffee’s roast profile or the milk’s fat content, a skilled barista can, for the most part, tweak their technique to ensure consistency for every drink they prepare.

The challenge, however, is how to do this for the increasingly popular “cold coffee” market. Popular among young consumers, cold coffee encompasses a number of sub-categories, from iced to cold brew. In the UK coffee industry, it is one of the fastest-growing markets, with iced coffee sales climbing to more than £395 million in 2018.

Alessandro Ceriani, an innovation and technology engineer at Carimali, explains that although cold coffee sales tend to peak during warmer seasons, for many, they have become a staple of everyday life.

“[It’s] become fashionable because, especially in summer, the trend is to consume fewer hot drinks, such as cappuccino,” he says. “But in some markets, we see that iced coffee has gone from being a summer drink to being consumed all year round. This could be attributed to consumption habits that move away from alternatives considered less healthy, such as carbonated soft drinks.”

The growing popularity of the cold drink segment to coffee shops means to ensure that each one they serve has the same appealing characteristics as hot coffees. This includes the creamy body and mouthfeel offered by well-frothed milk.

But if the purpose is to keep the drink cold, while maintaining a stable microfoam, is it possible to froth milk without heating it?

When it comes to frothing milk, heat plays an important role. Baristas are often taught to aim for around 60-70°C as it is at these temperatures that there is enough heat to unfold the milk’s proteins without denaturing them. Denaturing is when the enzymes become inactive, leading to “flat” or curdled milk.

Another reason heat is used to froth milk is because it adds sweetness. Milk becomes sweeter when heated because lactose breaks down faster at higher temperatures. This means that instead of breaking down in our bodies, it starts breaking down in the cup, thus enhancing the perceived sweetness.

Therefore, the challenge when cold frothing milk is how to unfold the milk’s proteins without using heat.

Heylo Coffee is one brand that has landed on a solution. By using a seamless air valve instead of hot steam, its pioneering Milk Module technology is capable of creating stable, creamy cold frothed milk without the application of heat.

“We are able to obtain the foam through a circuit consisting of a pump and a proportional air valve,” says Heylo’s commercial director, Jaime Gamoneda. “The circuit is designed to better facilitate the mixing between the two elements. By adjusting the proportional valve, we decide how much air to put into the circuit, allowing the user to choose the level of aeration or whipping of the drink.

“The first important difference [from regular steaming] is that the system does not add water to the milk we are whipping, which ensures the foam is compact and less susceptible to disintegration. The energy consumption is completely different too, as we don’t need a boiler to keep the steam.”

But how does this create microfoam? Put simply, the proteins in milk have two ends: one is attracted to water (hydrophilic) and the other is repelled by water (hydrophobic).

When the injected air whips the milk, the hydrophobic ends of the proteins point inwards towards the water-free bubbles created. The absence of steam and heat isn’t important because the proteins are still being unfolded by the introduction of air at high pressures.

In addition to a high-quality milk frother, the milk itself also plays a significant role. Skimmed or non-fat is preferred for cold frothed milk because of the higher protein-to-fat ratio, whereas with whole milk, the high level of fat molecules can get in the way, weighing down the protein molecules and preventing them from expanding into the desired foam.

According to Eater, when vigorously shaken or blended cold, non-fat milk’s high-protein makeup also helps make a more robust foam, although it creates larger bubbles because of the lack of fat.

Much in the same way that steaming milk opens the door to cappuccinos, lattes, and flat whites, cold frothing can help coffee businesses expand their line of offerings and reach new corners of the market.

One of the best examples of this is coffee giant Starbucks. In August 2021, the company’s CEO Kevin Johnson revealed that nearly 75% of its Q3 US beverage sales consisted of cold drinks.

From iced lattes to nitro cold brew, Starbucks’ menu brims with cold coffee drinks, which have been a key driver of its sustained popularity among Gen Z and millennial consumers.

Vital to this success has been its ability to create consistent, stable, and robust cold milk foam. As well as adding a creamy texture, adding high-quality cold milk foam helps the drinks become more photogenic and “Instagrammable”. This, in turn, helps spread the word and drive sales.

“Cold milk foam has become a necessity,” Alessandro says. “Coffee is conquering other food and beverage segments as it is increasingly used as an ingredient in more complex orders. This isn’t just in milk-based coffee drinks, but also in desserts and cocktails.”

Indeed, as cold frothed milk becomes increasingly widespread, its quality will inevitably come under greater scrutiny from discerning customers. Its stability has a direct effect on perceived quality, which means that businesses need to ensure the foam doesn’t sink, but holds its form and remains photogenic while the drink waits on the bar.

This demands a proper cold milk frother, such as the Heylo Coffee Milk Module, to allow businesses to stay ahead in what is becoming one of the most competitive drink segments in the coffee industry.

The science behind cold frothed milk

Tanya Nanetti is a specialty coffee barista, consultant, and Barista Hustle coach. When she’s not behind the coffee machine or travelling around the world, she dedicates her time to freelance writing. She has been a contributor for New Ground since 2022.