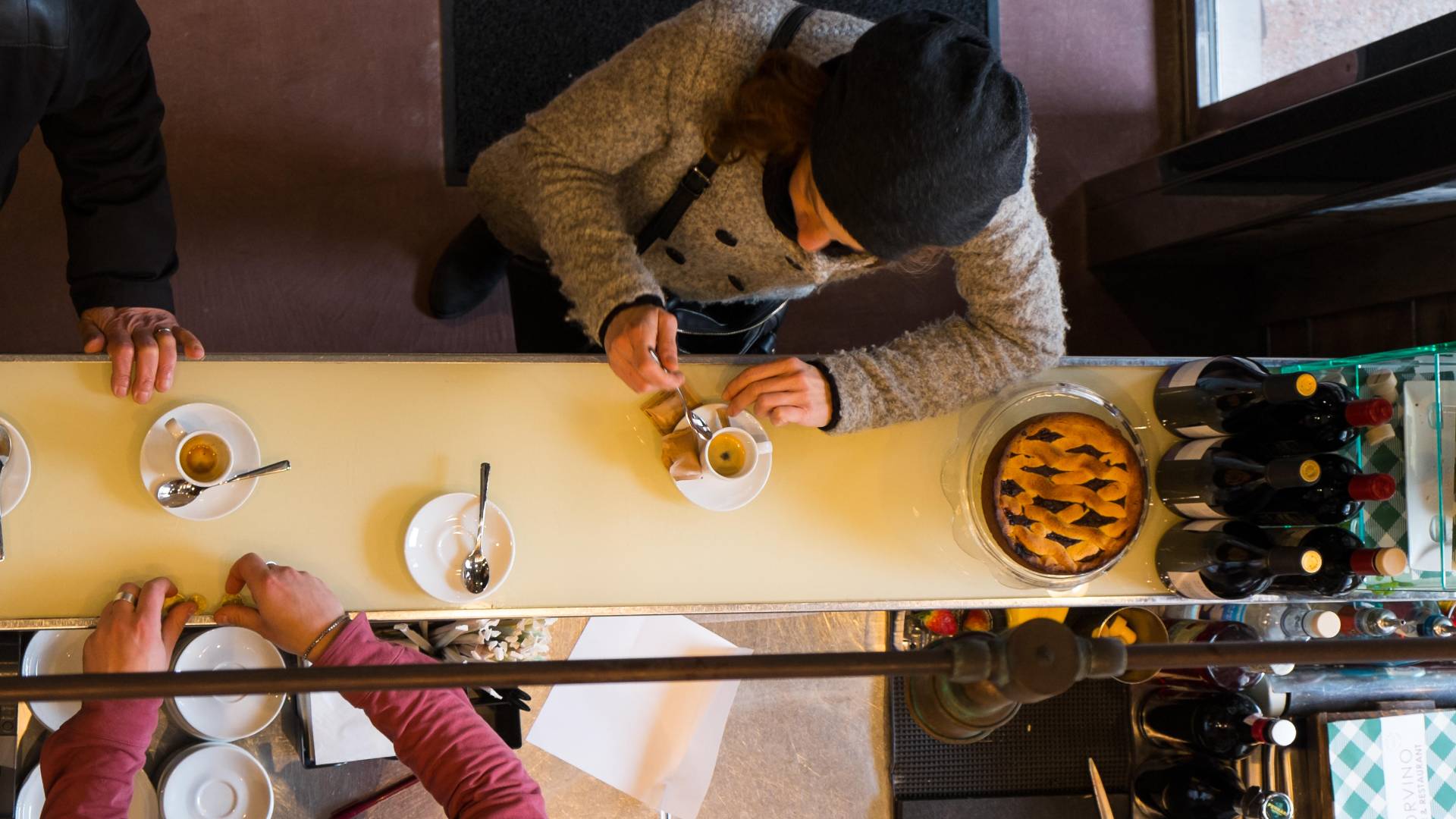 Professor Jonathan Morris discusses how the 2008 financial crisis and the outbreak of Covid-19 have fundamentally changed the way Italians think about coffee.

In 2008, the world’s financial systems went into meltdown.

Kickstarted by the collapse of the US housing market, the economic downturn spread around the globe like a contagion, causing dozens of countries to fall into deep recessions.

Among the hardest hit was Italy. Although, initially, it seemed to have escaped the worst of the crisis, in the second quarter of 2008 its economy contracted by 0.3% and unemployment soared.

The upshot was profound and far reaching. A number of companies went out of business, while consumers curbed spending as they saw their disposable incomes fall.

Lending systems broke apart, which, according to historian and author of Coffee: A Global History, Professor Jonathan Morris, set in motion a number of changes to the country’s coffee sector.

“The contraction in the economy hit the liquidity of this lending system, making it much more difficult for roasters to extend credit to bars. Because out-of-home coffee consumption also fell significantly, it resulted in quite a few coffee bar closures.”

Indeed, Jonathan says that the Moka pot at home – as a much cheaper alternative – began to increasingly replace the routine of visiting a neighbourhood coffee bar several times a day. Therefore, in order to help draw customers back, businesses had to start offering something extra.

“There was more of a sense that coffee bars needed to provide things like cheap snacks and lunches. That was a big feature of 2008: using the augmented coffee bar as their restaurant, rather than an actual restaurant.”

Slow coffee & the arrival of Starbucks

Before the financial crisis most coffee was drunk at the bar, usually standing. The whole process – from ordering to leaving – may take only a few minutes, and customers were given little reason to hang around.

Yet in order to survive and retain margins during the Great Recession, Jonathan explains that coffee bars were forced to develop new ways of retaining customers.

“As well as the introduction of food, coffee bars in Italy had to move to a variety of models,” he says. “And the use of bars for much longer periods was part of that. What happens is a movement towards what we see in the US and UK markets, with things like free WiFi. Instead of the quick in-out bar thing, it becomes a mini study space. That creates a different culture around the coffee shop and the consumption premises.”

This new culture softened hardline attitudes towards coffee chains, clearing the way for the arrival of Italy’s first Starbucks shop in 2018. Having previously been at odds with Italians’ fast-paced coffee-consuming habits, the US chain’s model began to appear more suitable. The fact that they chose Milan as their first location is no surprise either.

“2008 changed the nature of what coffee bar enterprises look like and what consumers look like, particularly in student-led cities,” Jonathan explains. “In cities with young people, the idea of slow consumption is much greater.”

Covid-19 & the rise of specialty coffee

The second big global crisis to affect Italy’s coffee culture this century was the outbreak of Covid-19 in early 2020.

An early March survey of small Italian firms showed that 72% were directly affected by the situation due to a drop in demand and problems along the supply chain.

In the weeks and months that followed, progressively tightening measures and prolonged periods of lockdown had devastating effects, with many businesses forced to close.

Jonathan says that while the financial crisis set in motion the changes to Italy’s coffee culture, Covid-19 expedited the process.

“2008 is the moment that creates the grounds for the shift we’ve seen intensify over the last two years,” he says. “That includes the home market, where we’ve seen the rise of things like capsules.”

Indeed, the number of Italian families who bought coffee capsules in 2021 was 22% higher than in 2017.

Recently, this has encouraged more and more coffee shops in Italy to start offering specialty coffee as a point of differentiation. Not only does this allow them to justify prices rises in order to retain margins, but it also plays into the emergence of a slower coffee culture.

“Italy is traditionally a very large robusta market, partly in order to keep low prices, which comes down to customer expectations,” Jonathan says. “What we’re seeing now is places making a pitch on quality and feeling confident raising their prices. You can’t break that model if you’re continuing to offer the standard espresso.”

Yet in spite of all the changes, Jonathan believes that Italy still has a unique and resilient coffee culture – and that the future for the sector remains bright.

“If you go to Italy, you will still experience a very different coffee culture than anywhere else,” he says. “There is plenty of grounds for optimism.”