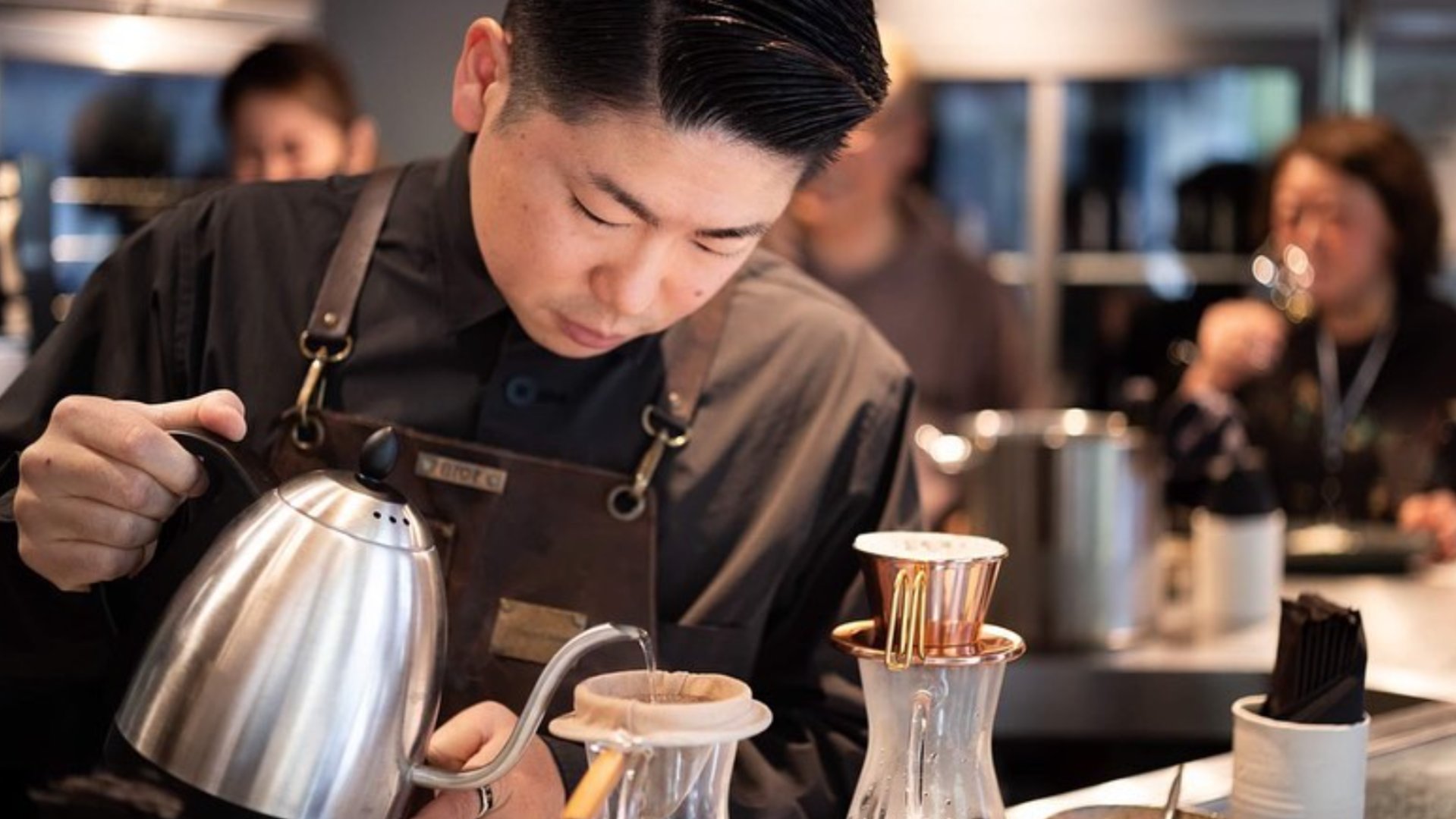 From the evolution of kissaten to the changing role of the barista, 2014 World Barista Champion Hidenori Izaki gives the lowdown on specialty coffee in Japan.

When Dutch traders first introduced coffee to Japan in the late 17th century, it failed to catch on. Limited to government officials, it was considered bitter and unpleasant tasting, useful only for keeping awake at night.

However, more than a century and a half later, during a period known as the Meiji restoration, coffee’s popularity exploded. Japan had recently signed a treaty with the United States and was quickly moving from an isolated feudal society to a modern industrialised state.

During this time, Japanese people were heavily influenced by Western ideas, and coffee houses modelled on those in London and New York began to spring up. By 1888, the first kissaten opened its door.

Since then, Japan has been at the forefront of some of the industry’s most interesting developments.

As a third wave of coffee emerged in the 2000s, pour over techniques that had been used in Japanese coffee brewing for years started to become more widely adopted. Notably, equipment developed in Japan – such as the Hario V60 filter and the syphon brewer – became a staple in third wave coffee shops.

“Unlike other countries, Japan has always been filter-based rather than espresso,” says Hidenori Izaki, who was crowned World Barista Champion in 2014. “It’s become a trend overseas, but in the Japanese market we’re used to it. That’s because we have a kissaten culture.”

Kissaten refers to the traditional coffee houses found all across Japan, where pour over is the go-to brewing method. As well as rewarding patience and care, it is intended to showcase Japanese craftsmanship.

Among the many people inspired by the Japanese kissaten is the founder of Blue Bottle Coffee, James Freeman. “I think that’s why Blue Bottle likes to serve pour over. It is a symbol of craftsmanship,” Hidenori says.

The impact of Covid-19

The outbreak of Covid-19 in early 2020 had a profound impact on Japan’s coffee sector. Lockdowns forced thousands of coffee shops across the country to shut their doors – some forever.

In response, consumers started to brew their own coffee at home, with one major coffee distributor in Japan reporting a 30% increase in sales for home products. Coffee consumption also grew by a fifth.

Hidenori says that this shift led the market’s biggest players to start redirecting their funds away from coffee shops towards online stores. For example, Maruyama Coffee, one of Japan’s most popular specialty coffee chains, announced it would close most of its shops in order to focus on online stores and wholesale.

“Covid hit Japan’s coffee market very badly, like it did in other countries,” he says. “The biggest difference is the fact that most of the specialty brands here sell roasted beans rather than cups of coffee.

“That helped a lot because when people started brewing coffee at home, they could set up an online sales channel to continue serving customers.”

For example, both Fuglen Tokyo and Onibus, neither of which had much online presence before Covid-19, saw a boom in online sales.

Other brands, such as Kyoto-based roastery and specialty coffee shop Kurasu, started offering subscription services, with bags of coffee delivered to customers each month.

Now, as coffee shops gradually reopen, Hidenori explains that they must up their game to cater to the increasingly savvy consumer.

“We can all make pretty good coffee,” he says. “It’s not like when I started as a barista 15 years ago and there wasn’t much information. If you Google it, you can find out how to do pretty much anything.

“So I think an added value strategy is becoming very important. For instance, Koffee Mameya is now offering coffee pairing course, where they present coffees from the best roasters around the world and pair them with sophisticated sweets, pastries, and cocktails.

“They do this in a place with gorgeous interior design and beautiful drinking vessels. It’s inspiring to see how they add value to coffee and bring it to a whole new level of tasting experience.”

The elevated role of the barista

To Hidenori, communication is one of the most important aspects of the specialty coffee industry. However, he says that when the third wave initially swept across Japan, it was severely lacking.

Specifically, there were no conversations about the difference between quality coffee and customer preferences. This ended up pushing a lot of potential specialty customers away.

“But flavour profile is very subjective because it’s all about your cultural background and lifestyle – it’s your experience.

“It’s important for us to divide quality and preferences. Specialty baristas love to only talk about quality and push quality on the consumer and that’s why people would start denying specialty coffee. They’d say, ‘This is too acidic’.

“This was a miscommunication. Instead, we should focus on listening to what customers want to drink.”

The most effective way to do this is with knowledgeable, well-trained, and, most importantly, hospitable baristas.

“The Japanese specialty coffee industry is fiercely competitive,” Hidenori says. “So I think the barista’s personality is more important than ever. If you look at brands like Koffee Mameya, you could say they are changing the game because they’re redefining the professional barista.”